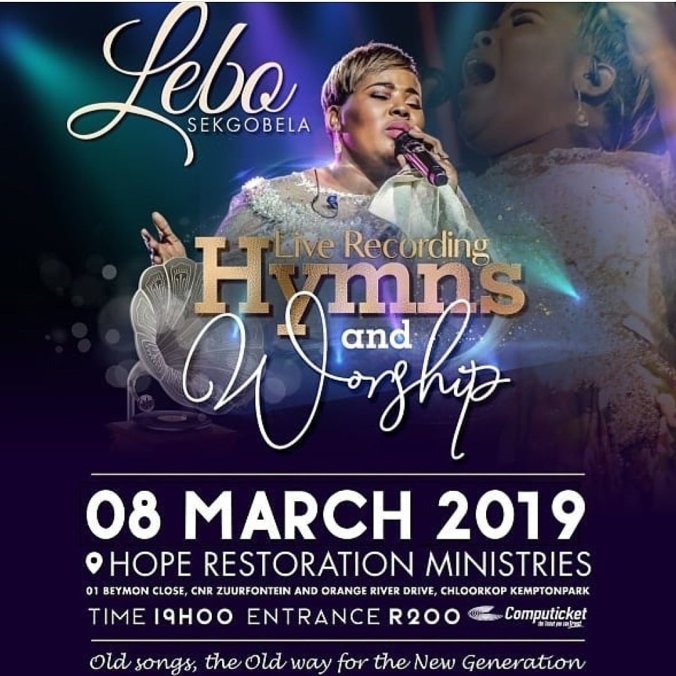 ALLOW ME TO START WITH THIS ANNOUNCEMENT : on 08 March 2019 Lebo Sekgobela will be recording old songs the old way for the new generation and the Album Hymns and Worship at Hope Restoration Ministries at Kempton Park get your tickets at Computicket at R200 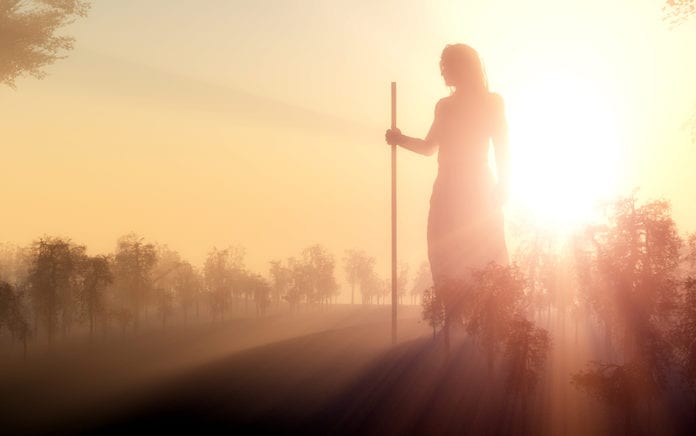 Back in the day, in my Christian school classroom, there was an enormous picture of Jesus. At least, it was supposed to be Jesus. It looked like an Olan Mills portrait. Jesus had surprisingly fair skin, full lips, and beautiful, braided, Brooke Shields hair. He had an expression on his face like he’d just seen a bird fly by.

You probably know the picture I’m talking about.

As I was growing up, though, the image of Jesus I always had in my mind was this sad, jobless guy with tears in his eyes. He talked a lot about his feelings and always looked pretty dejected.

I’m not sure where we get an image like either of those. Not from the Bible. Jesus was a carpenter, which means he would have been more rugged and buff than soft and flowy.

But more important than his earthly profession is the way Jesus is depicted in Revelation. In Revelation 1, Jesus has wild hair and a crazy look in his eye. If we take the description of him at face value, he’s the kind of guy you’d never want to run into in a back alley.

But John (the author of Revelation) doesn’t intend for us to take this imagery literally, which is even scarier. Because when we understand all the symbolism in Revelation, we realize it’s pointing to someone so powerful that he elicits this reaction from the Apostle John:

Jesus and John had been best friends forever on earth. In fact, in his Gospel, John rather confidently refers to himself as “the one that Jesus loved,” which you have to think took a lot of nerve to put in print. (By the way, that phrase isn’t expressing favoritism so much as John’s amazement that Jesus kept on loving him until the end, despite how badly John had failed Jesus.)

Jesus and John were close. So close that at the Last Supper, John says he reclined his head and leaned it back on Jesus’ chest (John 13:23). I’ve got some guy friends that I feel pretty close to, but none that feel close enough that they would lean their head back on my chest during dinner.

But you know who would do that? My son.

This is how John felt about Jesus.

When John sees Jesus in Revelation 1, it’s been decades. So what does this reunion entail? It’s not a warm fuzzy moment. Instead, John falls at Jesus’ feet as though he were dead.

Is the Jesus who appears to John a different one than John had known? No. It’s just that when Jesus was on earth—and even now—this part of him was veiled, invisible to the naked eye.

Truth be told, Jesus has always had this power that makes a man fall to the ground as though dead. But throughout his ministry on earth, it had been veiled.

Think of the feeding of the 5,000, for instance. I remember hearing a scientist speculate on just how much power it would take to generate the matter to create the food necessary to feed the 5,000. Remember, Jesus created that food out of thin air. The scientist assumed each person ate eight ounces of food, and, using Einstein’s famous matter to energy formula (E=mc2), he concluded that the amount of energy necessary to create that much matter would be equivalent to all the electrical power available on earth, working at 100 percent output, 100 percent of the time.

And Jesus did it without breaking a sweat.

That power was always there; they (we) just couldn’t see it. And here it is, now, unveiled in all its strength.

So here’s the million dollar question: Why is Jesus appearing this way to John? Why not appear as John knew him on earth?

Because Jesus’ plan right now is not to deliver his church from persecution and pain. Things are not going to get better, at least in the near future. So, instead, he shows John his power, his majesty and his love so that John can hope in that in the midst of trials.

You see, in times of intense persecution, you don’t need a sentimental Jesus who simply makes you feel warm at night—a Jesus who is one part genie, one part therapist, one part life coach and the rest warm blanket. You need to see a Jesus sovereign over all the other powers at work in the world.

This does not mean God is the one making all the bad things in your life happen to you. We live in a fallen world, and the result is a lot of people do a lot of terrible things to each other.

But Jesus promises that none of those things are outside his control, and he promises to use every single one as a part of his perfect purposes in your life.

Like John, we may feel like we are upon the precipice of tribulation. And God’s purposes may remain a mystery to us until eternity. But the resurrection of Jesus and this vision of Jesus assure us there is a purpose that Jesus is pursuing.

And he will not fail to fulfill it.

This site uses Akismet to reduce spam. Learn how your comment data is processed.